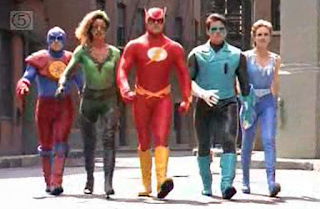 In a shameless attempt to piggyback on the pop cultural word-of-mouth surrounding the upcoming big budget Justice League movie, this week the Aluminum Four assemble to discuss that film's decidedly not-big-budget predecessor, 1997's Justice League of America, a failed attempt to launch a TV series inspired by the sitcom-esque Justice League comics by Keith Giffen & JM DeMatteis. This thing is pretty rough, so we end ranging off-topic a bit (even moreso than usual), as we discuss, amongst other things, David's odd fascination with The Cape, the obscure sitcom George & Leo, and Martian Manhunter's impish sidekick, Zook.

So chew some gum and guard your cat, then download and listen here, rate & review us on iTunes or listen via Podbean, Stitcher and Google Play. You can follow the show on Twitter, like our Facebook page, and email us via avsepodcast@gmail.com.

A Very Special Episode is also part of the Rivercity Podcast Federation, a group of like-minded podcasts from across the internet (but mostly physically in Portland). Check out the other great shows here. 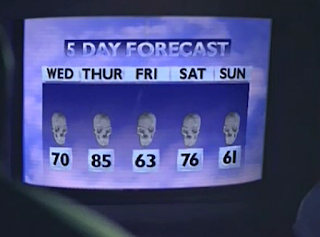 http://media.averyspecialepisodepodcast.com/AVerySpecialEpisode030.mp3
Posted by Austin Gorton at 12:00 AM