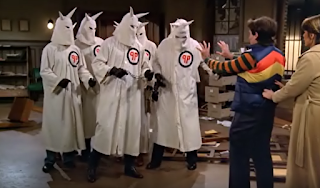 Na-uu na-nu! Our TGIF-athon may be over, but this week's episode once again plunges into the halcyon sitcoms of yesteryear with a discussion of Mork & Mindy's season two episode,"The Night They Raided Mind-ski's", in which alien Mork, played by America's beloved funny man, Robin Williams, falls in with a group of white supremacists. The fact that a sitcom episode from 1980 featuring a plot like that is so relevant today says something not KO, leaving David, Carolyn and special guest, comedian Eric Cash, lots to say about it as well.

A Very Special Episode is part of the Rivercity Podcast Federation, a group of like-minded podcasts from across the internet (but mostly physically in Portland). Check out the other great shows here. 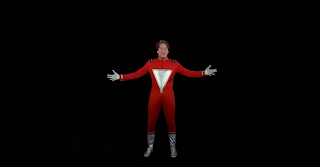 Posted by Austin Gorton at 3:00 AM